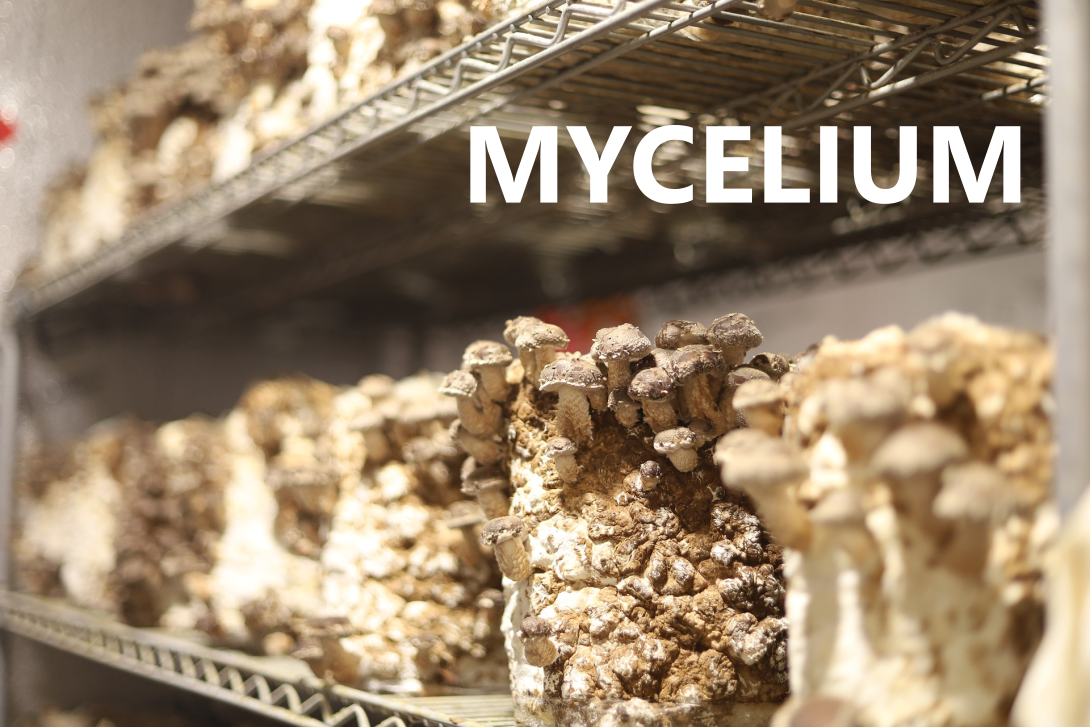 Fungi are found in nature as single-celled organisms, like yeast, and as multi celled organisms, like mushrooms.  They are found in places where there is moisture. Mushrooms are made up of strands of cells called hyphae. Fungi play an important part in the decomposition process, breaking down complex organic matter into soluble nutrients, like simple sugars, nitrates and phosphates.

The main part of the fungus is the mycelium. Mycelium lives inside a substrate such as wood, and straw. They are root-like structures that mushrooms grow out of. Mushrooms are actually just a small visible part of the organism. Mushrooms do not reproduce like plants do. They reproduce by spores. These spores germinate to produce a mass of interwoven, single-cell wide, root-like structures known as hyphae. Collectively, masses of hyphae are known as the mycelium.

Mycelium is being used in wide variety of industries. Ranging from fashion and clothing, replacing Styrofoam and thermocol (polystyrene) in food and packaging industries, eco-friendly replacement for plastics, cardboards, bricks and has potential of being used in the marine and aviation sectors.

While it is hugely used in the food industry to grow mushrooms, mycelium itself is edible. It is now being used in gourmet menus and popularly known for its bacon-like taste.

Mycelium spores are available in abundance in nature. They are also sold in grocery stores for mushroom growers. A small quantity is enough to grow a large masses of mycelium. The following are needed when growing and harvesting mycelium.

Mycelium is now being used in many industries like manufacturing to make boxes, protective packaging for servers, bottles, candles, etc. Mycelium is being referred to as the plastic of the future.

Previous
Preliminary Research and Documentation
Next
Project Development and Results