They can be grown in either a closed loop system or in a open tray system.

A closed loop system is built by creating an array of transparent pipes that are exposed to sunlight. These pipes can be installed vertically or horizontally depending available space.

An open tray system is an array of channels that are exposed to sunlight. These need more space since the channels are always installed horizontally. 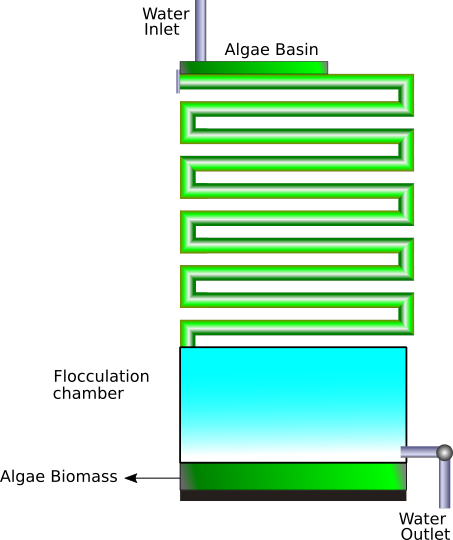 These species of algae grow in fresh water, grey water and sea water. They are a good source of protein and are used in the food and pharmaceutical industries as food supplements. They are also used in the cosmetics industry. Biomass from these algae are mixed with conventional polymers to make bioplastics.

When building algae farms, there are some basic requirements for producing a good stock, regardless of the species. Light, water, carbon dioxide and minerals are all important ingredients in producing healthy algae. This combination produces the energy algae needs to grow.

Plasticizers are organic molecules that are mixed with materials to improve their flexibility, extensibility and processability. Glycerol is the most commonly used plasticizer in bioplastic production using microalgae. Some other examples of plasticizer are:

Previous
Main Deliverables of this Project (alternative)
Next
Preliminary Research and Documentation (alter...